Scientists are patiently waiting to find the exact origin of the Corona Virus that has proved vicious and has put the lives of thousands of people at risk.

Now scientists have more proof on how this virus originated and spread among humans.

Recently they all have come to believe that maybe bats are possibly the carrier of this virus.

The study published in magazine lancent in the last week of January mentioned that researchers have analyzed 10 genome sequences.

Scientists are having difficulty to study it as it frequently changes its protein sequence while transmitting.

But now they are studying patients to solve this international break out of the deadly virus to find its cure.

They are constantly experimenting until they find something useful. The public panic state has put more pressure on them.

How far it has spread?

As this is an epidemic disease, so it’s spread depends upon a number of factors like how long a person survives after having this disease or how long it can survive without a host so that it can hop to the next host etc.

it is difficult to answer this question as this virus has just recently started rolling out.

Alone in china, 6000 people are found to be infected by this disease. There are 132 deaths due to this vicious virus and the number is increasing day by day.

As Chongqing is a large city so the suspected cases of corona virus will be 150,000 in the coming days. Only in Wuhan, more than 50,000 cases are suspected to appear in the near future.

This virus has already spread beyond china through passengers in flights, ships, etc. Many reporters come here to cover the news but they are not checked for virus detection when they return to their country.

In addition to this, a ship left china from Wuhan city. Around 60% of people were infected with this virus. So they were taken and non-infected persons were separated from them to keep them safe from this deadly virus.

Now, this virus is not limited to China, it is being spread in 24 countries outside china. Reports say that it has mostly spread to countries with the weaker health care system. Countries like Australia, Belgium, Cambodia, Canada, Finland, etc.

have been detected with cases of this virus.

In Australia, 15 cases were reported on February 12. Most of these people came from Wuhan, China.

Countries like Belgium, Cambodia, Finland reported their first case. In Germany 16 cases were identified with this virus. In Italy and India, 3 cases were reported. Japan revealed 218 cases with this virus in people that came there on the ship.

But Germany does not consider them the part of their country. So actual cases are 29.

Now countries like America, New Zealand, etc. are not allowing any outsider to their country to avoid this virus.

How this virus spread?

Until now, it has spread through person to person contact in china and outside china as well. No other means of transfer has come in view.  it is difficult to find its source of the transmission right now.

Scientists are also researching this in detail. But as the symptoms are mostly related to the respiratory tract, so they are likely to be spread when someone coughs or sneezes or when persons come in contact with each other. This disease is termed as an epidemic.

Its symptoms are reported to be from mild to serious ones and in the end, cause severe illness that leads to death.

Hence its symptoms are related to reparatory track confirming that it is an epidemic disease.

At first, it appears as common diseases like the common cold, runny nose, fever, cough that cause mild pneumonia which gets severe after some time.  it also affects many organs causing their failure that ultimately leads to death.

It is reported that on average, people face difficulty in breathing in the first five days. Severe breathing was observed in eight days.

Scientists are unable to give a timeline of the death of people affected by this virus.  But a study showed that on average people died within 14 days after symptoms appeared.

One study revealed symptoms in detail after examination of an old man infected with this disease. It was the first case reported in America. Through this, they analyzed how corona virus affects the human body.

According to them, the first symptom of this disease is dry cough followed by fever. On the third day, the person experienced nausea and vomiting.

On the sixth day he reported having diarrhea and abdominal discomfort. On a ninth day, he suffered from pneumonia.

On the 12th day, he felt better and his fever began to subside. This person is hospitalized for further treatment.

As no vaccine has been invented to treat this disease, prevention is the best cure.

There are following preventions that you can follow to avoid this disease.

What will happen next?

No doubt this virus has greatly affected china. But its effects are not limited to china alone. It has also spread to other countries as well. The very first case that appeared in Europe was in a person who was visited by his friend from China. But there are also cases in which there was no human to human interaction with any Chinese person. That makes it difficult to discover its medium of transmission.

Due to the growing number of deaths and cases in China as well as in other countries has raised this question of what is going to happen next.

In the past, only 5 times this emergency was announced by WHO.

Scientists and virologists are constantly trying to find its cure and treatment. They are seeking to invent a vaccine to make humans immune against this deadly and vicious disease.

We need to fight against this virus at the global level and should not lose hope. We will surely get rid of this virus soon.

Biotech Companies like Novavex, GlaxoSmithKline, Bioxytran, Vaxart which is working on an oral recombinant vaccine in tablet form, Strong candidates like Moderna, Inovio & organizations like CEPI Coalition of Epidemic Preparedness Innovations are funding & working together to overcome with a vaccine.

The race of developing a vaccine is in progress but making those vaccines reaching every clinic out their takes years still, they are working with the best technologies, for example, getting identified genetic sequence, developing the vaccines.

Pre – Clinical testing than from manufacturing to getting in the clinics it definitely takes time but as per the officials working on this subject are very hopeful getting out the vaccines within the next four months.

The Pandora box is open and has unleashed disaster fear & illness but there is one thing left in that Pandora box & that is hope, as far as we have hope we will overcome this disaster Like CoronaVirus.

What is corona Virus? New Details about Corona virus

What is corona Virus? New Details about Corona virus 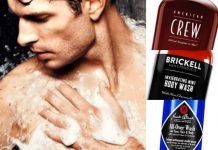 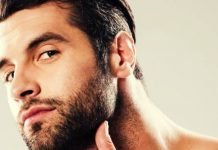 Best methods to get rid of razor bumps easily

Fashion blog days are the largest emerging platform to post updates on fashion days and posting fashion blogs daily Providing day to day tips to improve your looks and to enhance your personality
Contact us: fashionblogdays@gmail.com
© CopyRights- All Rights are Reserved By Fashionblogdays